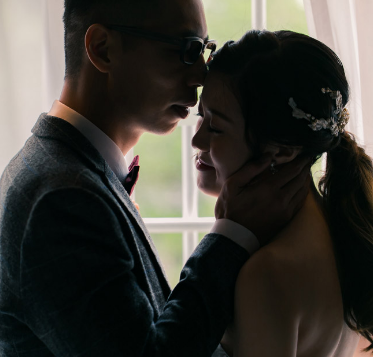 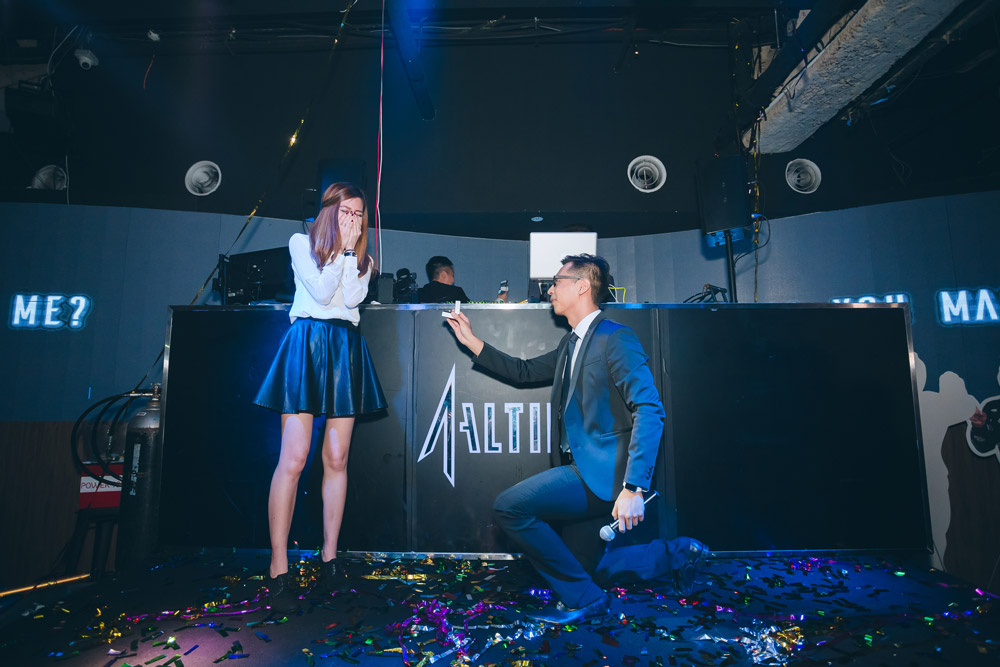 Young: Our story actually began back in 2005, though neither of us knew it then. I was on a drive-time radio show with Daniel Ong (The Dan & Young Show), when I first caught Sherie’s attention. Maybe it was my personality, maybe it was my voice or a little of everything, but it was enough to leave a lasting impression.
Eventually, we decided to befriend each other on Facebook. However, we were just like any other Facebook friends where we had a few exchanges and left comments. Fast forward ten years later, I received a Facebook well-wishing message on my birthday, during the wee hours of the morning. Since I was up, I decided to reply. The conversation flowed effortlessly and it was two hours later before I decided to ask for her number and dropped her a call. As much fun texting is, the old-fashioned me still believe in having a phone conversation with someone in order to know them. By the time we had gotten off the phone, the sun was up and we were going to meet that very evening!
That first date led to many others, though we spent a lot of time apart due to her job as a stewardess at Singapore Airlines – I guess absence did make the heart grow fonder. Sherie thinks it is cheesy, but I knew she was the one from that very day I met her. Funny how sometimes the most random act such as replying to a Facebook message can make an impact on your life. If she has simply left a message on my Facebook wall, we may not be at where we are today.

Even in the early stages of the relationship, I knew I wanted to spend the rest of my life with Sherie. The question was if I should pop the question in an intimate setting or go with a grand affair with her friends in attendance. I decided on the later and thought it would be a great idea to surprise her at the Power 98 birthday party, where I knew I could get her to invite her closest friends.
The cat was almost let out of the bag on two occasions: the first was when she noticed me messaging her mom. Thankfully, all messages about the proposal were deleted and she was none the wiser. The second was when she had to use her colleague’s Facebook messenger to notify me that she had left her phone at home ¬– the same colleague that I had been consulting with for engagement ring ideas (they had walked by a jewellery store during lunch and Sherie had mentioned that she really liked a certain ring design – one that I eventually bought). This colleague was also the only friend of Sherie’s who knew of my plan, and was going to ensure that Sherie is in the right place when I pop the question.
Everything went as planned during the event. Although I have been on stage numerous times, that evening was the most nervous that I have ever been in my life. After the grand draw, a special draw that was to be conducted by me was mentioned and Sherie’s colleague had managed to convince the group to position themselves nearer to the stage, just in case any of them happen to be the winner. Unknown to Sherie, a special slip was given to her such that she would be the winner of the special draw. Although she did seem sceptical as I announced her name, she made her way to the stage.
On the stage, I professed my love and told her what she meant to me, that the real winner was me all along. Time stood still as I got down on one knee and it took a few seconds for Sherie to say yes. The wait for her answer was approximately five seconds, but it felt like an eternity to me. 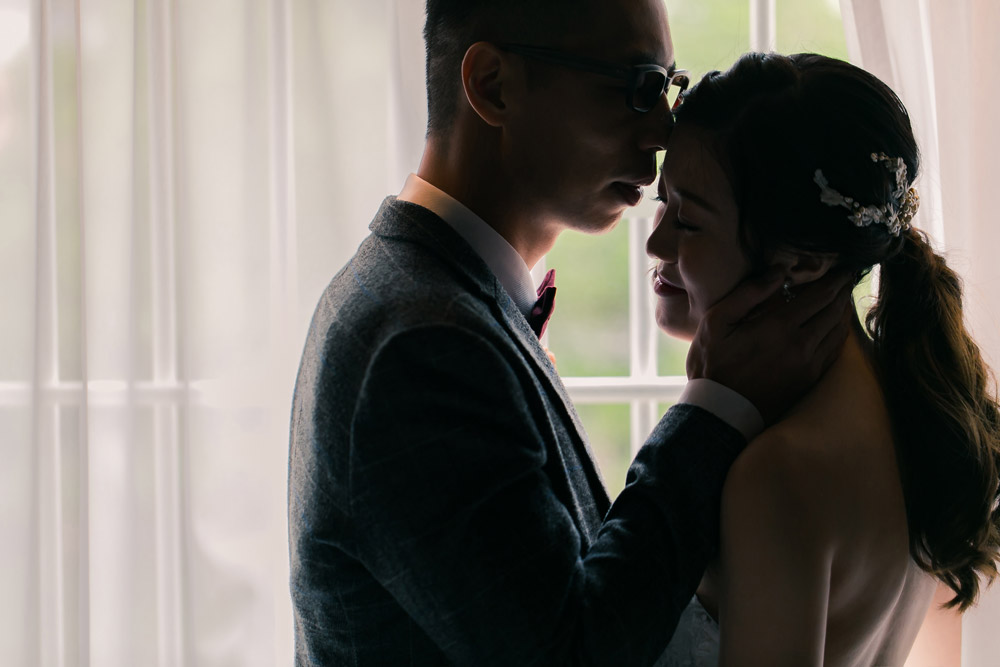 Sherie had a rough idea of what she wanted and what she did not, but ultimately left the decision to the bridal boutique. As someone with a heavier bottom than the top, the boutique had suggested a mermaid-cut or ballgown dress would suit her best, as they would help to accentuate the curves of her body.
As for the pre-wedding photo shoot, one of the outfits chosen was of serendipity. It was a body-hugging, curve-accentuating dress yet pragmatic gown. We knew our outdoor photo shoot would require a  little physical activity on our part, hence we decided on a mermaid gown that featured a modest neckline, short train and a gorgeous flare at the knees. 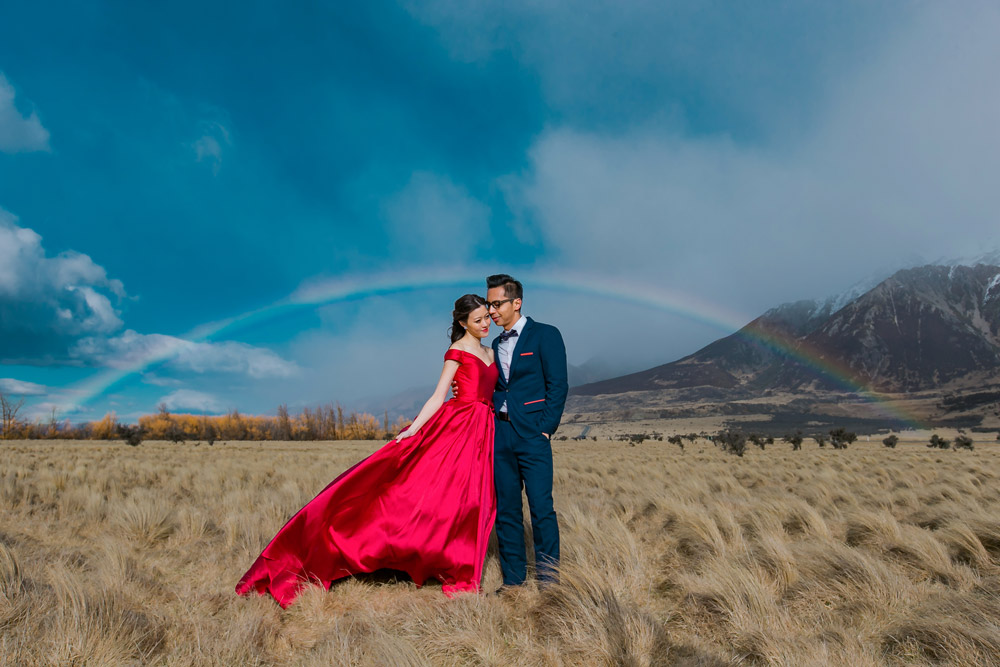 The other outfit of our choice was a beautiful royal red gown, chosen specifically as we knew that the colour would contrast beautifully with New Zealand’s landscape, the location where we had our pre-wedding photo shoot.

For the solemnisation ceremony, we had engaged the services of our friend, Linda from Lindalino Makup. As we were familiar with her work, there was no need for trails or elaborate discussions on the type of look Sherie had desired. The look turned out wonderful – sometimes, it is best to entrust the professionals instead of over-stressing or micromanaging.
The reception
With the intention of hosting an intimate solemnisation ceremony, we decided on Aclove @ Caldwell House as we really liked the dome-shaped design, which allowed guests an unblocked view of the ceremony. 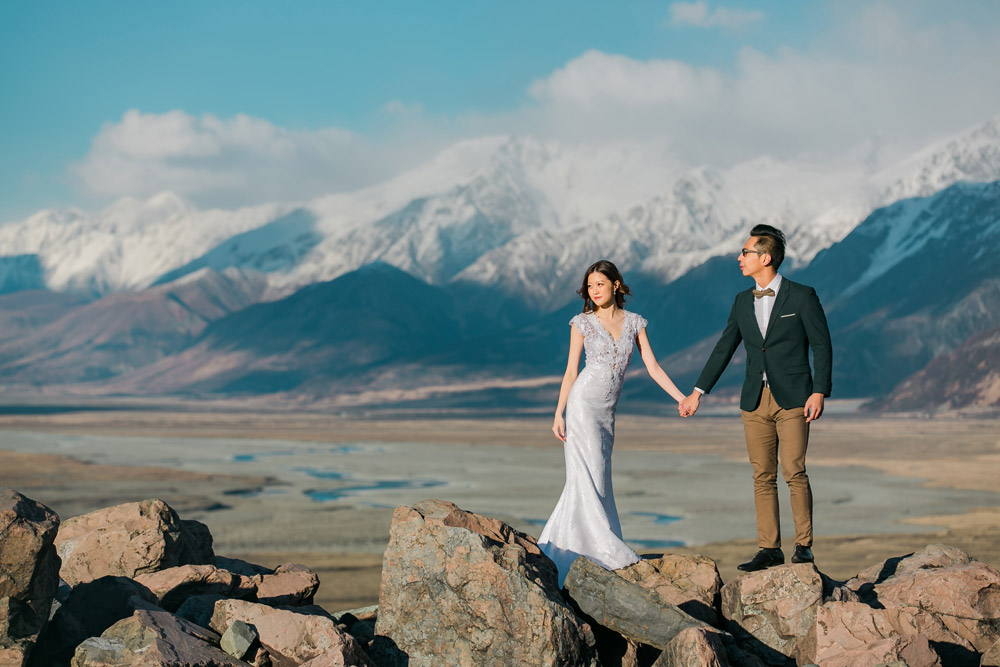 Together with its classic white walls and high ceiling, the venue had appeared spacious and airy. The many neoclassical windows located at the main dome also allows the filtration of natural sunlight, which further beautified the venue. Inscribed on top of the dome are the words “Marche en ma presence et sois parfait”, which translates to “walk along with me and be perfect” – the perfect inscription for our wedding.

As we are usually busy with work, we had depended on the team at Alcove to take care of the details. From arranging for an extra room for our nursing friends, to looking after the pebbles we had for our guests to write/draw on, they had managed to cater to every wedding-related need. A team of experienced professionals are important to us, as we could then entrust the planning to them and focus on what was truly important to us ¬– getting married! 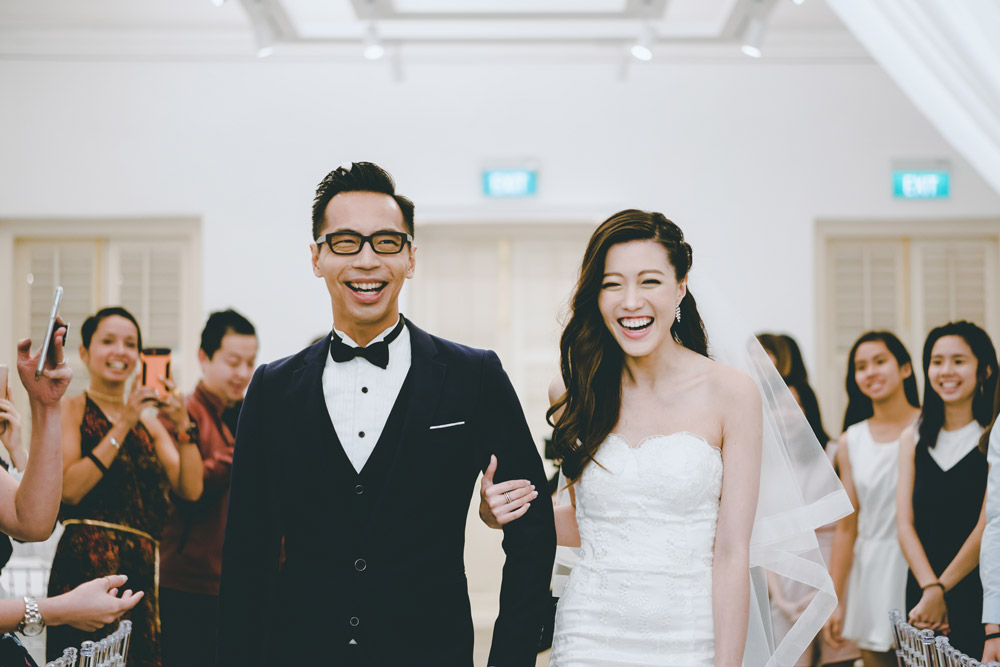 Instead of a conventional guest book, we brought in a crate of pebbles and colourful markers for our guests to pen their well-wishes on. It was great seeing our loved ones have fun decorating the pebbles before lining them up along the walkway that we walked down during our march-in. These pebbles are now a permanent fixture in our home and constant reminders of our special day.
Honestly, the only thing that I really remember about the day is marrying the love of my life. The nervousness I felt as Sherie walked down the aisle, the biggest (bordering on comical I reckon) grin I had when I took her hand, saying our vows, be officially declared husband and wife and the smiles on our loved ones (especially our parents) – those are the moments that stand out to us. 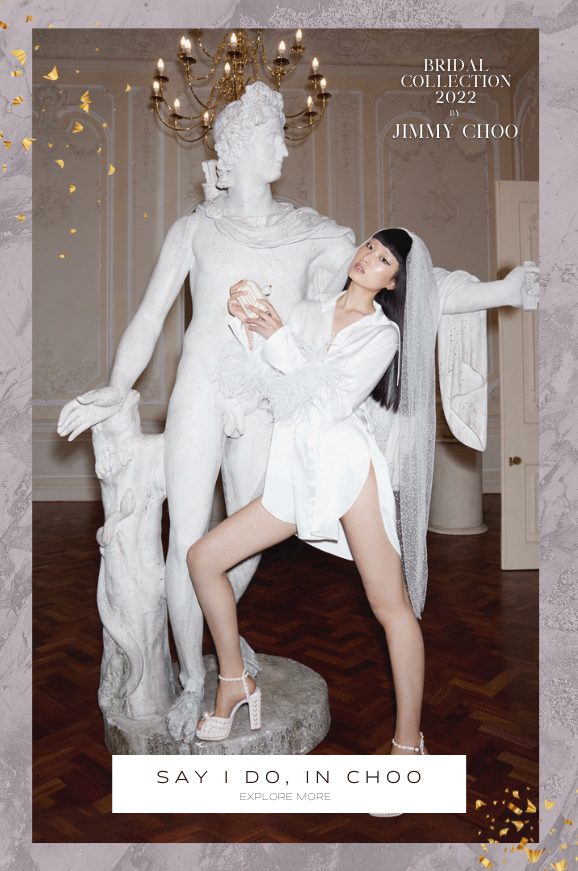